The Beginner’s Guide to a Gluten Free Diet 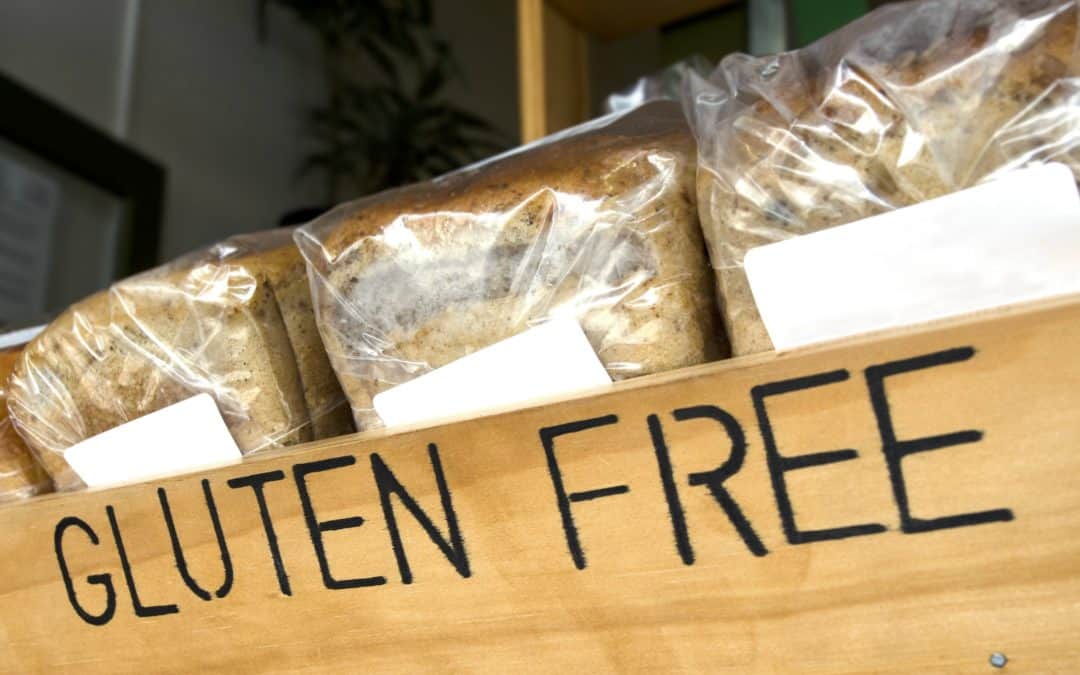 The interest in gluten free diets has gained steady attention over the past 10 years. A decade ago, it was harder to find restaurants that had a gluten free menu, or parts of the grocery store that shelved exclusively gluten free foods. For people living with celiac disease or gluten sensitivity, the availability of gluten free foods is a welcome relief.

I've got a big list of foods you should include in your gluten free diet below, but for now, keep reading so you know what to avoid.

Yes, quite obviously a gluten free diet is just that...free of gluten. But first, it's important to understand that gluten is simply the proteins found in gluten-containing grains. Like with most allergies or sensitivities to food, people react to a protein. With gluten is a class of proteins. The protein people react to in most cases of celiac disease, for example, are gliadin and glutenin.

If you have celiac disease, or some type of gluten sensitivity, then you'll absolutely want to avoid foods from the list below. Keep in mind, these foods have been broken down into literally thousands of other foods, so I've listed several more foods, later in this post, to keep an eye out for as well.

Foods to Avoid on a Gluten Free Diet

Because some variation of gluten is used in thousands of food products, it can be hard to avoid. Gluten is in much more than a loaf of bread or bowl of cereal. Foods you'd never think contain gluten are full of it. If you think you're sensitive to gluten and need to avoid it (we'll get to that later), then it's important to read ingredient labels to become familiar with names that translate to gluten.

If you want to commit to following a gluten free diet, read labels. It will change everything for you!

The Celiac Disease Foundation states, 1 in 100 people has celiac disease, which is an auto-immune condition which affects the small intestine when gluten is consumed. It's a true disease that can be diagnosed with a blood test. People with celiac disease must avoid gluten. When the small intestine is damaged due to celiac disease, nutrient absorption can be compromised and inflammation an occur. According to the Mayo Clinic, some of the symptoms of celiac disease include nutrient deficiencies, bone loss, joint pain, anemia, poor skin conditions, diarrhea, weight loss, vomiting, and of course, stomach pain - to name a few. Of course, consult a medical practitioner if you think you may have celiac disease.

Again, should you develop any of these symptoms, don't assume it's gluten sensitivity. Consult a physician as there could be a greater underlying reason.

You're on board with following a gluten free diet. Great! I've been eating gluten free for over a decade, and it's really not difficult - but you can eat just as unhealthy as a non-gluten free diet if you're not careful.

You might wonder, does a gluten free diet lead to weight loss? Possibly - but not always. Let me explain. You want to cut out gluten to either a) lose weight, b) improve digestion or c) feel better in some way. If you go to the store to swap out a garden variety shopping list, including processed food, for their gluten-free counterpart, you won't see as fast of a change.

The only thing that separates a box of regular box of chocolate chip cookies from a variety that contain no gluten is just that - one isn't gluten free and the other is. There is still just as much sugar and other processed ingredients, just sans gluten.

Bottom Line: Gluten free processed foods are not healthier than regular foods - they're just gluten free. This may be beneficial if you have intestinal permeability (leaky gut), gluten sensitivity or celiac disease, but don't eat these types of foods in abundance or you'll never see a difference.

A Gluten Free Diet vs a Paleo Diet

Gluten Free Diets are free of gluten, but contain other non-gluten grains, including corn and rice, as well as starches like potatoes. Gluten free diets are also inclusive of all types of sugars, dairy, beans and peanuts.

Paleo Diets are free of all grains, including corn and rice, as well as white potatoes. Most paleo diets permit sweet potatoes. Paleo diets are also free of dairy and refined sugar, but include dates, date sugar and coconut sugar. Paleo diets also avoid peanuts and beans.

This is a very down and dirty explanation, but you get the gist of it. What they have in common is that they're both gluten free.

The Best Way to Follow a Gluten Free Diet

Sometimes we get so caught up in foods containing gluten, we forget that there are hundreds of foods you can safely eat that are naturally gluten free. These are the foods you should start with. The rest of those gluten free food products? They're treats - not sustenance.

Here is my very abbreviated list of naturally gluten free foods. This isn't necessarily what I will buy from the store, but if you want to do this right, this is a good place to start. Below this section is a long list of my favorite gluten free recipes.

**Soy: soy is gluten free, but I don't promote soy consumption in any way, shape or form. It's largely GMO here in the US, and in my opinion, a horrible food choice. Soy wasn't even introduced into our food system until 1913, and before then it was an industrial ingredient. The only exception I make for soy is fermented soy, including nato (fermented soy beans) and GF soy sauce.

Quick and Healthy Recipes for a Gluten Free Diet

I do buy gluten free food products from the store, but try to make most foods in my kitchen. Here is a quick list of recipes you might like to try to make. I also wrote a book called The Belly Burn Plan with 65 gluten free recipes. It's a great book! Check it out.

Do you have any questions about gluten free diets? Leave a comment below to let me know! I'd love to hear from you.