Weight Loss and Bacteria in Your Belly 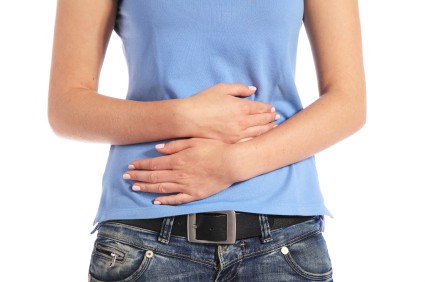 Have you ever had acne? I started developing acne right around the beginning of high school. In retrospect, I wouldn't say it was really bad, but at the peak of puberty, there is no point in telling a freshman that her acne "isn't that bad." So I went on antibiotics. I had to take them on an empty stomach and they made me pretty nauseated. So nauseated, in fact, that I'd end up heaving in the shower about 20 minutes after I took them.

Eventually I'd feel ok, but on the mornings when I wasn't up for battling the queasiness, I would skip them. The antibiotic I took then was tetracycline. I'm sure I left many prescriptions go without completing them all, but not without fair warning from my doctor to "finish the entire round." I was never explained why.

Moving along to college, I had another breakout during my junior year. I was prescribed minocin, another antibiotic known for helping get rid of acne. This one did not make me feel sick, so I took it pretty regularly - and for quite a while.

I took these antibiotics, along with a couple different rounds of antibiotics throughout my early years to treat strep throat. Looking back, I really wish I would have pushed for a different way to treat acne other than antibiotics. My strep throat - well, that seemed reasonable at the time.

Antibiotics are great, but...
Antibiotics are probably one of the greatest inventions of the 20th century. They have saved a great many lives - exactly the purpose of why they were created in the first place. I'm grateful to say, they saved my life in 2001. But I seriously doubt they were created to help teens with acne or keep sick factory-farmed cows and other farm animals healthy.

Bacteria and Weight Gain
Antibiotics are, as your would expect, extremely effective at killing bacteria...all bacteria. Antibiotics make little discrimination in between killing the bad and the good bacteria that's critical to maintaining a healthy body and optimal weight. About 70% of our body's immune system lies in our gut, so in order to stay well - it's an important part of our body to take care of. I can't site a study off the top of my head, but I took a workshop several years ago that covered the rampant use of antibiotics. I distinctly remember our group facilitator telling us that it takes several years to rebuild a healthy amount of good bacteria in our gut after taking a course of antibiotics. You can't just eat a couple containers of yogurts and expect everything to be back to normal. It takes a little more work than that.

When it comes to weight loss, studies have shown that people who are obese or who have excessive belly fat have a different type of bacteria in their gut than leaner people. That's not to say that leaner people have perfectly healthy guts either, but it goes to show that a balance of healthy bacteria is needed to maintain a more optimal weight.

**Important** When you look on the back of your probiotic (if you take one), you'll see a bunch of different bacteria. The one strain that has been associated with promoting weight loss is the Lactobacillus strain. Sound familiar? It should. It's the primary bacteria found in yogurt. According to the European Journal of Clinical Nutrition, people who consumed fermented milk products (yogurt, kefir, lassi) for 12 weeks, showed a 4.6 % reduction in abdominal fat. It's not an enormous number, but it's nothing to roll your eyes at either.

Antibiotics don't create bad bacteria, but they do wipe out plenty of the good stuff, too. In order for good and bad bacteria to grow, they need to be fed. Sugary and processed foods help bad bacteria grow. Stress, birth control pills, a lack of sleep, and steroids have also been shown to kill the good bugs in our belly.

A lot of foods contain prebiotics that help to feed the good bacteria. They include:

You can also take a good probiotic. It's usually recommended to take a probiotic on an empty stomach before breakfast. If you forget, take them anytime. It won't hurt.