4 GMO Foods That Could Impact Your Health 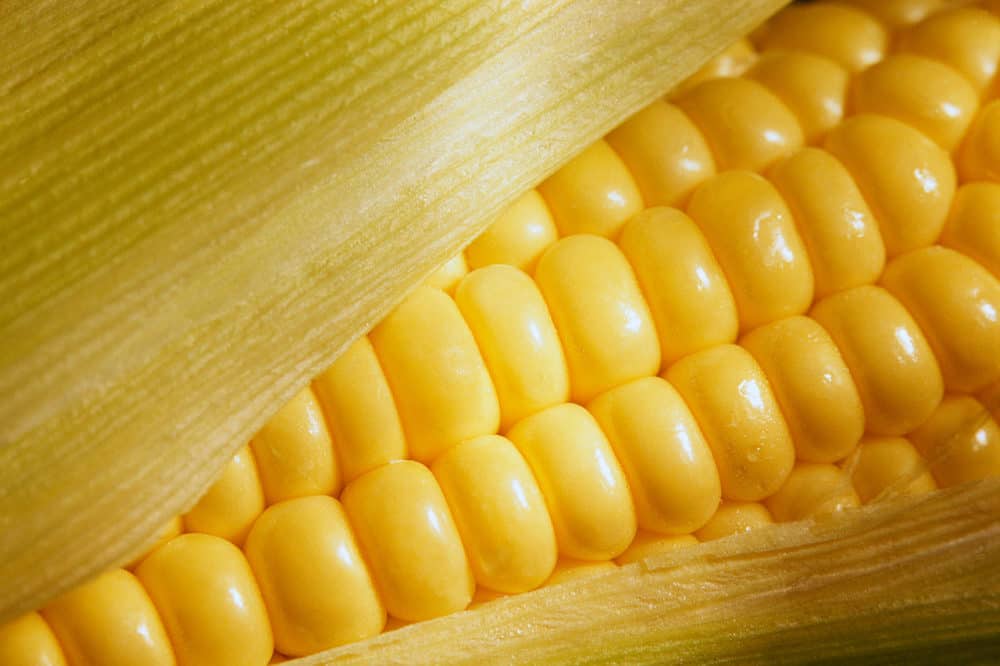 It seems like the debate around genetically modified foods, or GMO foods, is hotly debated. GMO foods that are produced through engineered seeds that have been modified in a lab. They're designed to resist pesticides, and in some cases to "behave" a certain way - as in the case of GMO apples, which I mention in a little bit.

GMO Foods In the United States

GMO foods really only started making their way into mainstream food in the mid-1990s. Slowly at first, starting with the now non-existent Flavr Savr tomatoes, there are 10 GMO crops in the United States:

Apples are the most recent crop to be approved for GMO food production here in the United States. This was approved in 2017. The variety of apple is called Arctic and has been modified to not brown. This doesn't mean that the apple will maintain it's nutrition any better once it's sliced, but the perception of a white apple will be there. We're sacrificing nutrition for what we think looks better.

For the record, I'm ok with apples browning. It's a normal enzymatic response.

Of the crops mentioned aboveIn most cases, I'm honing in on corn, soy and sugar beet.

Most GMO foods are grown from a seed to resist an assault of pesticides and herbicides that, of course, keep insects away. This is the case with soy, sugar beet and corn. The problem, especially with soy, is the weeds are outsmarting Roundup, a weed killer developed by Monsanto. Roundup's primary agent is called glyphosate. If this sounds familiar to you, it should. Monsanto was ordered to pay $289 million in the case of a lawsuit that found Roundup responsible for causing cancer.

To be clear, RoundUp is the same garden spray used in the backyards of millions of homes. The person who filed the lawsuit is a man who developed non-Hodgkin's lymphoma after using Roundup on the school grounds on which he worked. In 2015, The World Health Organization (WHO) determined that Roundup is a probable cause of cancer, specifically non-Hodgkin's lymphoma.

The same year that WHO concluded that Roundup was a probable link to cancer, the product sold $2.8 billion globally.

There are a lot of everyday natural foods most of us eat without giving much thought that are actually not that healthy. In fact, there are quite a few foods that are either unhealthy or have very little nutrient value whatsoever. Worrying about foods that could otherwise be healthy, specifically GMO foods, should be the least of our concern.

Seventeen years ago, none of the foods above would have made this list because genetic engineering of foods wasn't nearly as pervasive as it is today. Looking beyond genetically modified foods, we've also increased the use of antibiotics in poultry and meat exponentially in the last decade, which ironically has increased disease in these animals. We've also seen a rise in antibiotic resistance in humans.

The Future of GMO Food

In addition to the foods making the top 10 of GMO food crops, these foods are also trying to make their way into our genetically modified foods system.

Clearly, the intent of this post is to try to persuade you away from buying GMO foods, or avoiding them when possible. The research around my master's thesis was on GMO soy, but focused on the use of antibiotic resistant marker genes, let alone the overuse of pesticides and herbicides.

It may sound convenient to simply say that the perpetual use of chemical pesticides, herbicides or fungicides don't do any harm, but it's simply illogical. What was once sprayed on a crop once a season, is now being sprayed on a crop multiple times, dosing not just the food, but the soil.

When the soil degrades, so does the inherent nutrition. Nutrients don't just "grow" out of thin air, then come from the soil. The more we degrade the soil, the less nutrition there will be available to us in our foods.

If food is left as it's meant to eat, that is perfectly natural, I don't think there would ever be a debate about what's healthy to eat and what's not. We would still have conversations about eating too much, or consuming too much sugar, but the debate around whether GMOs are healthy or not could be entirely avoided in its absence.

Many people say that GMO foods could end world hunger and starvation. Right now, there is very little evidence pointing in that direction. Maybe, someday, there will be a good GMO food. Right now, it doesn't exist.

Below are a few foods that are over-consumed, linked to health complications and should definitely be on your "watch" list:

There is a strong chance that the corn you're eating is genetically modified. According to the Department of Agriculture, 88% of crops are genetically engineered. GMO corn contains a chemical called glyphosate. Glyphosate is a harmful chemical that the Environmental Protection Agency maintains strict thresholds that our water supply not contain more than more than .7 ppm. There are 13 ppm in GMO corn (and none in non-GMO corn).

In addition to non-Hodgkin's lymphoma, glyphosate has been linked to birth defects and destruction of bacteria in our guts. GMO corn also contains formaldehyde to the tune of 200ppm (non-GMO corn contains 0). It can't be washed off and it stays in our system for a long, long time after ingestion. This is not a global issue, as we're the world's largest producer of GMO corn. And since very few other countries are willing to take accept exports of our GMO crops, there is plenty for us to eat.

I've trumpeted about this food before. Even if 94% of the crops in the USA weren't genetically modified (which, as of 2012 are), I would still emphatically push that people steer clear of unfermented soy products, like tofu, edamame and soy milk.

GMO food is paired with antibiotic resistant marker genes that let scientists know if their GMO food is behaving correctly (is the soy bean big enough? green enough? etc). These little marker genes don’t just vanish into thin air. They’re potentially be passed onto other plants, animals and people. Bottom line: why aren’t antibiotics working as well as they should? Go ask the soybean. Soy, if consumed via soy milk or tofu, contains high concentrations of isoflavones, which have a profound estrogenic effect on the body.

To put this in perspective, the amount of isoflavones in soy milk given to an infant contains the equivalent (hormone) estrogenic amount of 4 to 5 birth control pills.  No adult, much less a baby, needs that much.

Poultry and meats are indirectly affected by GMO food. Before I get to that, it's important to understand that a vast majority of conventionally-raised factory farmed animals, including cows, pigs and chicken, are given low doses of antibiotics on a regular basis.

Today 80% of antibiotics used in the United States are used on farms. According to Barry Estabrook, this is a number that has grown from 18 million pounds in 1999 to 30 million pounds in 2011. This may sound benign, but it's actually really alarming. These animals are becoming resistant to disease. In fact, MRSA is commonly found in pork, beef and poultry shipped to grocery stores around the country. What's more, the antibiotics farm animal ingest ultimately get ingested by us.

According to an FDA report calling for the judicious use of antibiotics in animals, "a relationship between the use of antimicrobials in food-producing animals, antibiotic resistance in humans, and adverse human health consequences as a result. We believe that there is a preponderance of evidence that the use of antimicrobials in food- producing animals has adverse human consequences.” “There is little evidence to the contrary.”

Nonetheless, If you enjoy eating pork, beef or poultry - great! You'll just be a lot healthier if you buy it organic and preferably local.

Antibiotics aside, a vast majority fo the feed given to livestock, especially conventionally raised, unable to be pastured, is a GMO food. According to GMO Inside, "The commercial animal feed industry is by far the largest purchaser of US corn and soybean meal; the majority of these US crops are genetically modified: corn 88% and soybeans 94%."

Approximately 95% of sugar beet crops in the United States are genetically modified. And of all sugar produced in the United States, 55% comes from sugar beets. If you've eaten anything with refined sugar, and most of us have, you've probably unknowingly eaten sugar that's indeed a GMO food.

Sugar beet seeds were developed by Monsanto to resist Round Up Ready pesticides, that can be liberally sprayed on these crops, not just affecting the seed on a systemic level, but also degrading the soil.

Right now, labeling of GMO sweeteners is not required by law. This means that the two main sweeteners in the United States, high fructose corn syrup (derived from sugar beet and corn) and sugar beet make up a majority of the 22 million tons of sweeteners Americans consume every year.

Sugar beets should not be confused with their sugar cane counterparts. It's not uncommon to see something labeled as 100% organic, with the source of sugar as sugar cane. Sugar cane is produced in Florida, Texas, Hawaii and Louisiana. Right now, there sugar cane is 100% GMO-free.

What do you think about GMO foods? I'd love to hear your thoughts. Let's have a conversation. Leave a comment below.