Four Tips To Keep You on Track for Game Day 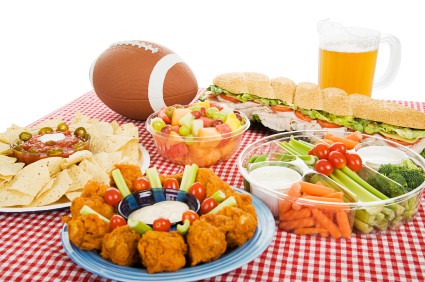 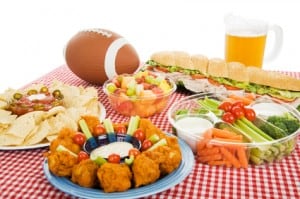 Two things are happening this weekend:

Why are these two important?
The social/party factor goes up exponentially. When people gather - they eat and drink - a lot. And they sometimes forget about all the great things they said they said they were going to do for themselves when the clock struck 12 on NYE.

Healthy Eating Party Tips to Keep you on Track
Here are a few social gathering tips that will help keep your resolution going strong beyond the playoffs this weekend, into the Super Bowl and beyond!

There is no reason not to have a great time, enjoying good food and company. Just try to avoid falling back on old habits that could undo all the progress you've made so far this year! Have a great weekend.

Full Disclosure
I live in Chicago, but was raised in Wisconsin. I also don't know a lot about football. It's actually embarrassing to admit exactly how little I really know. I'm one of those people that cheer when other people cheer, and cringe when someone looks like they've been hurt really bad. That said, I get the 'Bears or Packers?' question A LOT! I usually answer "My parents are huuuuuuuuge Packers fans." While that in no way answers the actual question - it gets me off the hook. My parents are really big fans...especially my mother. You go mom.