Should you avoid soy in your diet? Here’s something to think about. 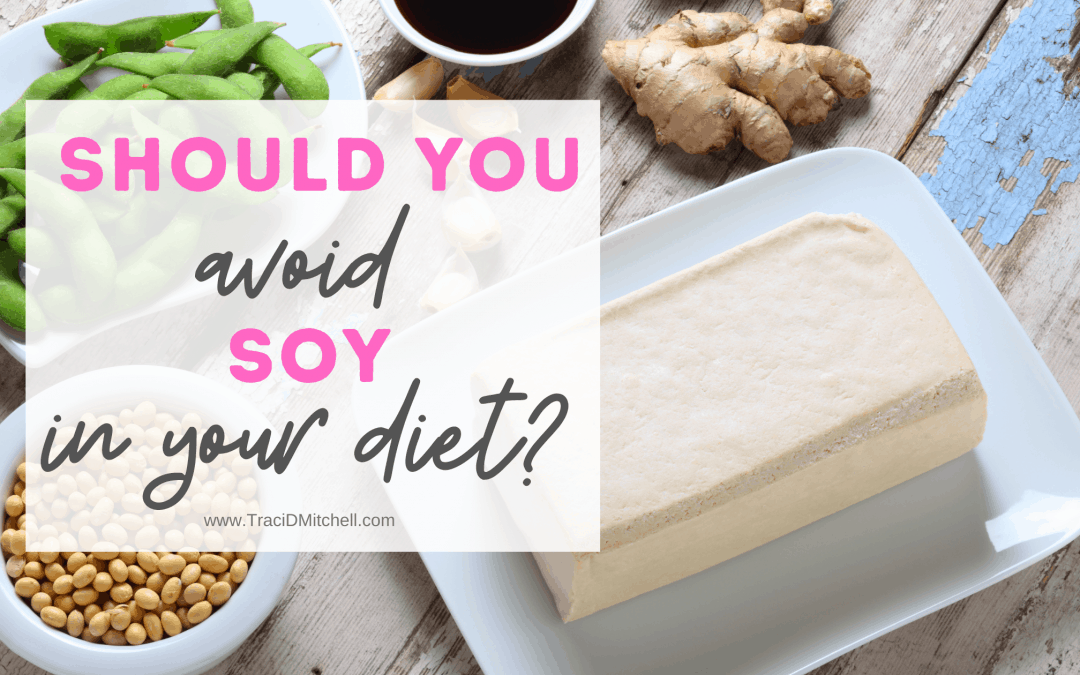 You may have noticed that I don't include soy-based foods in my meal plans. Or maybe you love my meal plans so much that you never noticed! Even better. But should you be avoiding soy in your diet? Take two minutes to read through this and decide for yourself.

Soy contains all the essential amino acids that make a complete protein that you need, so why the heck aren't I including these foods in meal plans?

Should You Avoid Soy In Your Diet?

Soybeans are one of the most genetically modified crops in the world, especially the United States. Even if you're pro-GMO, it's important that you take away what I'm about to explain.

When glyphosate was originally used on soy crops in 1996 (that's not that long ago), it was very effective at killing the weeds around the soy plants that were growing. All it took was one application of glyphosate and, voila, weeds disappeared and the soybeans grew with no problem.

But through the years, the weeds began to adapt and grew anyway. They became resistant to glyphosate. So farmers were guided to douse their crops multiple times a season to inhibit weed growth. Not only did this increase exposure to the soybean, but also the land, degrading nutrient-rich top soil.

Today, glyphosate is found in soybeans as well as around them. Glyphosate, on a systemic level, means we're ingesting it every time we eat soy-based products like tofu, soy milk, and edamame.

What about organic soy crops? They're not sprayed with glyphosate, right?

No, they're not. But organic soy farmers are typically in close proximity to conventional and GMO farmers, meaning there is frequently glyphosate crossover. It transfers like an aerosol through the air, landing on the crops. Keep in mind, more than 94% of the soy crops in the USA are GMO. That's a whole lotta glyphosate!

How bad is glyphosate?

I wrote my master's thesis on soy, and uncovered a lot of information, not just about GMO, but about the chemical agents that are used to essentially kill weeds. Of all of the research that I did, the more validating details of why not to consumer soy came after I finished my thesis.

In February of 2021, Bayer, parent company of Monsanto (the maker of glyphosate) set aside $2 billion for compensation of future claimants who've developed cancer as a result of exposure to glyphosate. The company also plans to use this money for diagnostic assistance.

There is research that shows the risk of developing non-Hodgkins lymphoma double with (assumably persistent) exposure of glyphosate.

I should also mention that Bayer is a German company. German is committed to phasing out the country's use of glyphosate by 2024. Other countries across the EU and Asia are banning glyphosate use.

Will eating a bowl of edamame hurt me?

Eating an occasional bowl of edamame is unlikely to do any harm. If you just went out for sushi with your friends, or popped a few soybeans onto your salad, don't worry about it.

It's when we consume soy-based products, like tofu, copiously, that may become unhealthy. Tofu and soy milk are a extremely concentrated forms of soy. Other processed soy foods have loads of other garbage in them, too.

I struggle with the notion that soy, specifically soy milk or tofu, are health foods. They're not. There are so many other types of foods that are healthier. You can find them in my meal plans!

The bottom line is when you consider soy consumption, you also need to consider glyphosate consumption. This is something I don't want to my body, my kids' bodies, or in my meal plan.

How will I get protein, if not from soy, without eating meat or dairy?

You don't need to remember or even think about amino acids!  The foods you eat and your body will take care of all of that. If you want more information, you can read all about complete protein food combos here.