Is Gluten Bad for You? Or Are Gluten Free Diets Making You Gain Weight? 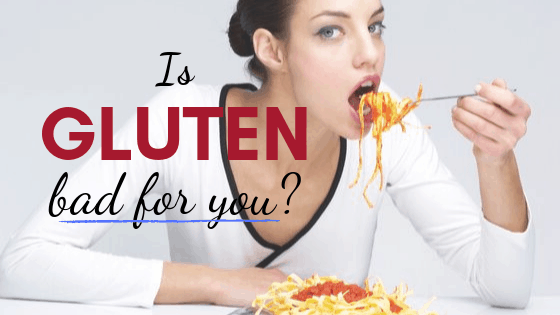 If you walked into a restaurant 15 years ago and requested a gluten free menu, you'd probably have been out of luck. But today, gluten free foods are everywhere. Restaurants, grocery stores and gas stations all have aisles filled with cereals, cookies, ice cream and candy that are 100% gluten free! But is gluten bad for you and why are we all avoiding it now?

Is Gluten Bad for You?

First of all, gluten-free foods have always been here. I have no doubt you eat gluten-free foods with just about every meal. If you're wondering if gluten is bad for you, then you probably eat some gluten in most of your meals.

Gluten is simply a protein found in glutenous grains, including:

Sounds like it's in just a few things, right? But your head would spin if you knew just how many processed foods contain one or more of these gluten-containing foods.

Beyond pasta, pizza, bread and baked goods, other foods that contain this protein include:

So what's the problem with gluten?

For starters, it can be very inflammatory and affects certain groups of people in a big way.

Many other people deal with gluten intolerance, experiencing effects like bloating, rashes, weight gain, indigestion and a number of other conditions people think might be related to the food they're eating, but can't really put a finger on it.

Since gluten can be so inflammatory, it can be a burden for people who are living with chronic inflammation, such as arthritis, constant sinus infections, persistent skin conditions, or those who are obese (obesity is inflammation).

As a recap, if you have celiac disease, gluten intolerance or chronic inflammation, glutenous foods may not be a beneficial nutrient for you.

Everyone else who eats gluten also stands the risk of not absorbing all the nutrients available to their body. Gluten contains something called phytic acid, which acts like a sponge and grabs vitamins and minerals as it works its way out of you body.  This is one of the biggest reasons I avoid gluten.

When gluten free foods are the worst choice

I used to be 100% anti-gluten. I recommended no one eat gluten because it's inflammatory and it also drags much-needed vitamins and minerals out of our body. I even wrote an entire book called The Belly Burn Plan that's full of gluten free recipes (the book is still the best).

Hold on. I'm not talking about natural foods that are free of gluten, rather processed foods. Literally everything I listed above that contains gluten can now be purchased just about anywhere 100% gluten free. The gluten free food market is worth nearly $7.5 billion, and food companies have capitalized on it.

Yes, processed gluten free foods, like cake or cookies are great when you can't have gluten but want a special treat, but when gluten free cereals, pastas, candy and breads become a staple to your diet, you've run into a huge diet dilemma that needs to be corrected.

Whether you avoid gluten out of necessity or choice, there are healthy and unhealthy ways to eat. When people venture out on a gluten free diet, there is a tendency to gain weight.

It doesn't have to be this way.

There is nothing about a gluten free diet that inherently promotes weight gain, but eating novel foods just because they're gluten free will pack on the pounds on in no time. Even though they don't contain gluten, they're loaded with sugar and other preservatives.

I can't imagine many of you actually eat like this, but this sample menu is nearly 100% processed gluten free garbage and really bad for you. Notice there is very little fiber, no fresh foods, fruits or vegetables. It's generally void of anything your body could find useful. It's also high in carbohydrates. Breakfast is fat free (which nearly guarantees it will be higher in sugar), and lunch is full of sugar, too.

Gluten free and a little better

This is a decent middle-of-the road meal plan. It incorporating more fruits, vegetables and healthy fats (all of which are naturally gluten free). There is still a lot of processed gluten free foods. While it's ok to eat these every now and then, try to avoid eating them at every meal.

Lunch
Grilled chicken salad on romaine, with lots of vegetables, topped with salsa and a little bit of sour cream or avocado
or
Homemade chicken vegetable soup with roasted pumpkin seeds on top

This gluten free meal plan is fairly unrefined, contains plenty of healthy fat, and lots of fruits and vegetables. It's also not sky high in sugar, which is a big benefit to keeping hunger in check.

I intentionally avoid most foods that contain gluten because I don't think it's particularly good for my body. No, I don't have celiac disease. A lot of gluten-based foods contain ingredients that are genetically modified. A great big finger is often pointed at genetically modified crops (GMO), and the role these foods play in the deterioration and inflammation of the mucosal lining of the small intestine - a telltale sign of many digestive disorders. In 1994, genetically modified crops starting springing up everywhere in the US. As if we weren't already well on our way into the dietary dark ages, shoveling down foods laden in high fructose corn syrup, trans fats and artificial sweeteners, the FDA gave a big thumbs up to genetically modify the crops we eat so food grows faster and bigger.

In contrast, countries in the EU have either banned GMO outright, or require labels on foods bio-engineered. Bio-engineered labeling is also required in Russia, China, Australia and Brazil. When starved countries desperate for food, like Zambia, Malawi and Zimbabwe ban GMO, but we allow it with no questions asked, something is wrong.

Traci is a nationally recognized health and fitness expert who has been featured on The TODAY Show and Dr. Oz. Traci is available for corporate speaking events and wellness coaching, as well as private coaching. Contact Traci here.

This post contains affiliate links. This means if you click on a link I may make a small commission that helps keep this blog going. Thank you! 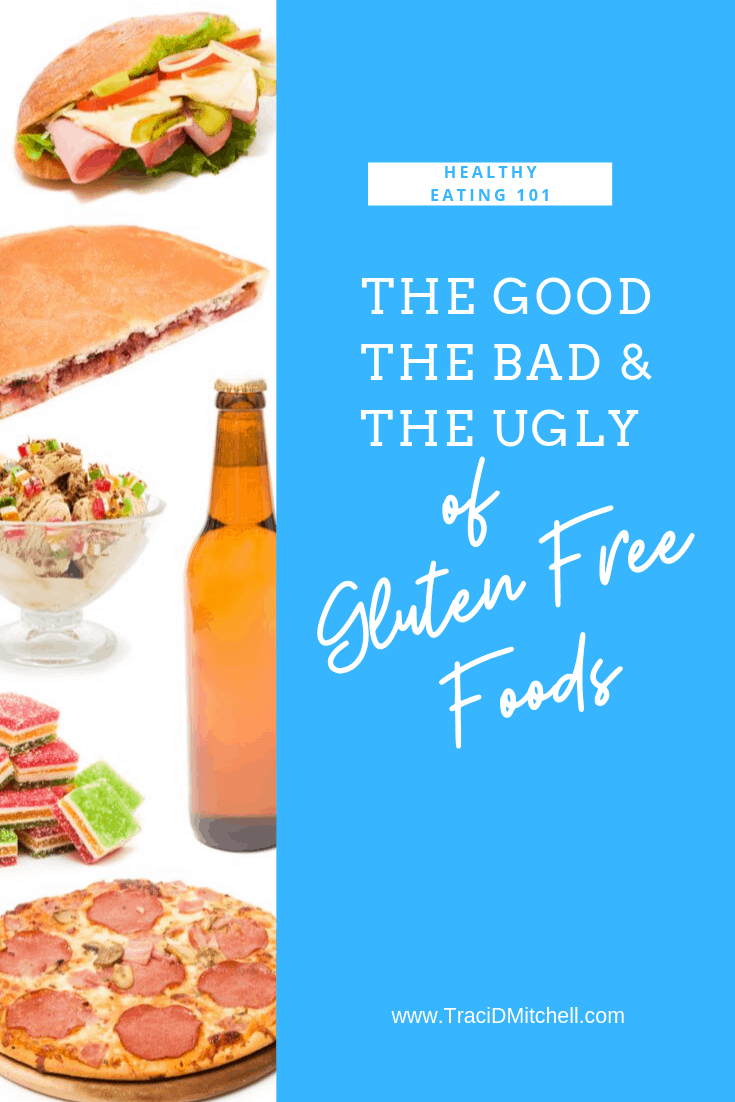