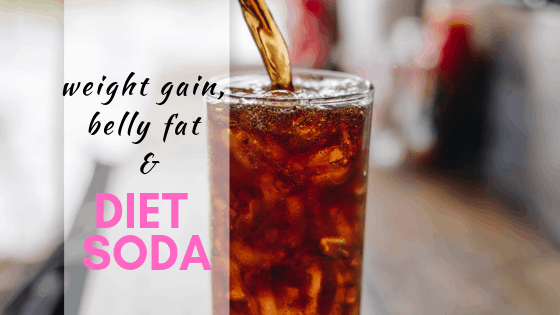 How could it be possible that diet soda could cause weight gain, or even belly fat? After all, a diet soda is 100% sugar free and calorie free. It's essentially like drinking a glass of fizzy water with some flavor, right?

Diet soda does lead to weight gain, increased belly fat and really messes with your hormones. And in a big way.

But first, a quick backdrop on the word "diet".

"Diet" is quite ambiguous. To a lot of people, it means something you do to lose weight. It's a protocol or a plan you follow for a period of time that helps you lose inches, body fat and improves your health along the way. At least that's the hope.

Sometimes diets are good and can really set the stage for lifelong healthy eating habits. The good plans help to reset your focus on foods that exist in nature with ingredients you can actually pronounce. Paleo, elimination diets or The Belly Burn Plan are a few such plans that have qualities like this.

Sometimes diets are downright awful. Really awful. Especially when they nearly eliminate entire macronutrients the way fat free or keto diets do. They're overly restrictive and typically not sustainable. Rebounding weight gain almost always occurs. Often times, these types of diets are filled with unnatural ingredients that require a dictionary to know exactly what they are, or are so severe they could cause serious health conditions.

Another take on the word "diet" means the general day-to-day foods people eat that either make or break their health. It's really as simple as that.

Question: What's your diet?  Answer: The foods and drinks you consume.

That said, for the last 80 or so years, the word "diet" has been added to the labels of a lot of food products, including diet sodas, offering a glimmer of hope that if you eat or drink this type of product, you'll lose weight.

Diet sodas came about in the 1950s, just as industrialized diets began to take off, and right around the time dietary fats were demonized. Eat fewer calories and very little fat, we were told, and our bodies will miraculously respond by shedding unneeded fat.

In hindsight, there was really no major need to sound the alarms on weight gain or obesity back then - at least not in comparison to what we're dealing with today. Nonetheless, we jumped with both feet into the perilous "diet" culture, buying everything in sight that was sugar free, calorie free or fat free.

Fast forward about 70 years from 1950 to 2020 - and the rates of obesity and related diseases have skyrocketed. According to the National Institutes of Health, one in three adults are obese and one is six children are obese. 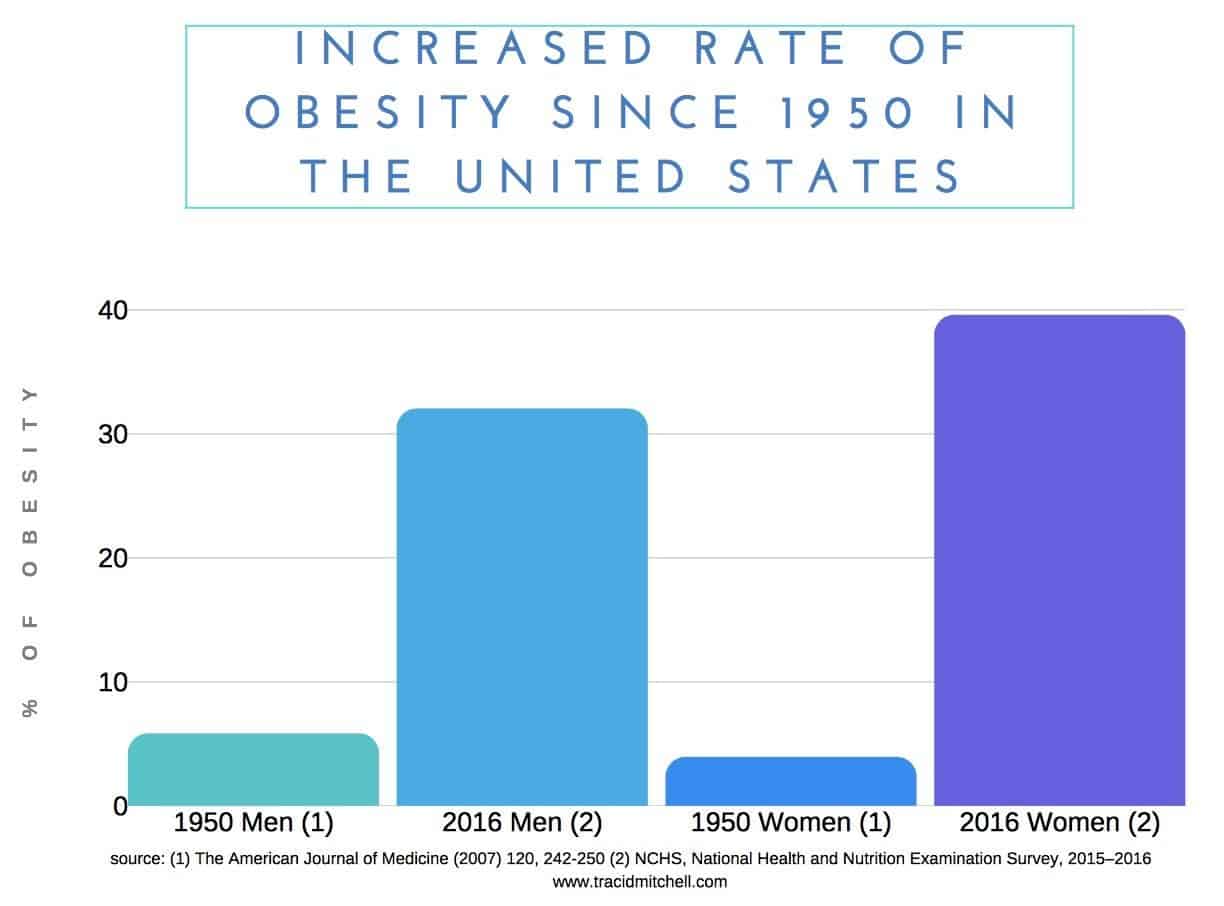 Of course, other factors, such as increased portion sizes, surely played a role in overall obesity rates, but the catalyst of our collective increased waistline began with the harmful message that fewer calories are bad and very little fat is good.

Diet sodas were marketed to people as a good substitute for those who were looking for a way to cut calories without having to sacrifice a tasty beverage. Diet sodas also became a seemingly heaven-sent sugar-free alternative for people with diabetes.

At that time, the logic made sense. A vast majority of people believed (and still do) that cutting calories resulted in weight loss and that cutting back on refined sugar helped control diabetes.

It's very true that cutting back on refined sugars absolutely helps everyone - including people who are living with type 1 or type 2 diabetes. But cutting calories or consuming foods that are calorie free doesn't necessarily lead to weight loss. In fact, it can have the opposite effect, especially when it comes to diet sodas.

Here's how that happens.

People typically develop diabetes after long periods of eating too many foods that are too high in refined carbohydrates and sugar. That said, research suggests that even relatively small amounts of diet soda seems to produce the same effects on the body as high sugar foods.

Think of insulin as your body's fat-storage hormone. We all need insulin, but when it goes into overdrive too often, we get fat....especially through our belly area. Diet soda seems to call on insulin to go into action when it really doesn't need to.

When we eat too much of something that's too sugary, our blood sugar levels jump up really high. When this happens, a lot of insulin rushes in to pull all that sugar in your blood down. Sometimes insulin pulls down so hard that it crashes.

When insulin crashes, you feel it. A lot.

More often than not, you'll feel this when you get really tired after having a big meal or you suddenly become really hungry even though you at not so long ago.

Diet soda, despite not having any calories, seems to trigger a similar response with relation to our insulin levels.

Some researcher suggest that diet sodas send fake signals to our body's hormones, making it think we have more calories than we actually do.

The culprit is not the lack of calories in diet soda, rather the chemicals that have been added to make it taste sweeter. Artificial sweeteners, including aspartame, Sucralose and acesulfame-K, are closely linked to this mechanism.

The result of the ups and downs of insulin is belly fat. Our body has an independent mind that instinctively perceives danger - especially when it comes to a insulin roller coaster ride. When our body picks up on a threat, like fluctuating insulin levels, it naturally packs on belly fat. This is often referred to as our bodies' fight or flight response.

One of the possible reasons that diet soda affects insulin is because artificial sweeteners disrupt our microbiome. In other words – it messes up our gut health – and the bacteria that’s in it.

The bacteria in our gut are with us from the day we’re born – and are always changing. One thing that affects our gut bacteria is the foods we eat and the beverages we drink. Stress and other lifestyle factors can also affect our gut bacteria.

We’ll always have some bad bacteria running around our gut, but the hope is that we have enough good bacteria to offset the bad stuff. Too much bad bacteria in our gut doesn’t just affect how well we go to the bathroom, but it also affects our immune system, mood and most definitely weight.

Because so much is happening related to the research around gut bacteria, it’s no surprise that a number of recent studies have been done showing that artificial sweeteners throw off the delicate balance of good to bad bacteria – increasing weight, promoting insulin resistance and metabolic syndrome.

Artificial Sweeteners in Our Diet

Artificial sweeteners are synthetic. They're chemicals created in a lab, and they're in lots of different foods and drinks, not just diet sodas.

A little bit of these artificial sweeteners goes a long way, which is why very little is needed to actually make something sweet. That said, just because a little bit of a chemical is in something doesn't mean it can't have a profound impact on our body.

Take pharmaceutical products, for example. Very, very small amount of pharmaceutical drugs, which are nothing more than chemicals, have a major impact on our bodies.

All the chemicals we put in our body have a side effect. Some we're simply willing to deal with more than others.

I'm hardly suggesting to stop taking a prescribed medication. That's not the point. Rather, simply be aware that it should come as no surprise that the synthetic chemicals added to foods or drinks, like diet sodas, can and do have a lasting effecting on your body, especially when it comes to weight gain and belly fat.

Instead of Diet Soda

Naturally the bottom line is to cut out diet sodas. Instead, look for alternatives, including:

Keep an eye out for artificial sweeteners in foods other than diet sodas.

In addition to diet soda, they're commonly added to:

A few of the key ingredients to be on the lookout for are: aspartame, Sucralose, acesulfame-K, Ace-K, saccharin and neotame, to name a few.

Leave a comment and let me know your thoughts on diet soda!