Food: not the only culprit of weight gain 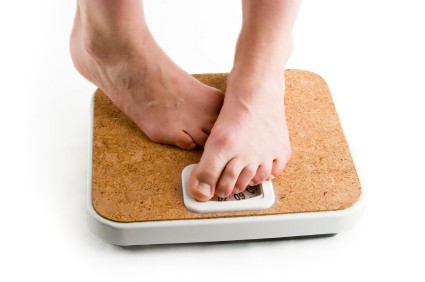 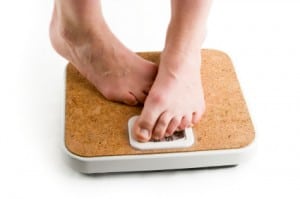 Wait a minute...food is not the only culprit of weight gain? How can that be? Isn't the holy grail of metabolism 'calories in, calories out?'

It's true that if you eat too much there is a very good chance that you'll start putting on the pounds. It's also reasonable to expect that if you cut back on excessive eating you'll lose a few pounds. While a vast majority of us are overweight because we eat too much and move too little, not everyone who gains unwanted pounds or plateaus at an undesirable weight eats too much.

1. Stress
It's your job. It's your in-laws. It's your finances. Whatever the reason you're "stressed out," your body responds by going into a modified "fight or flight" mode. Waaaaaaay back in the day, our bodies evolved to respond to stress by releasing hormones that would help us fight off an attacker or flee the life-threatening situation. Adrenaline and cortisol are released, digestion is slowed and a whole slew of other automatic actions go into effect in order to help you. While our conflicts may not be as dire as they were in our ancestors' time, the body still behaves in a similar fashion. Thanks to cortisol, fat storage is one of the great side effects of stress - typically in close proximity to our vital organs (midsection). While cortisol is an important stress hormone, it's also become a workhorse for mundane stresses that could be better controlled all together. Pay attention to how often you feel overwhelmed or "stressed." It could be more often than you realize.

If de-stressing your job, or any other lifestyle factor giving your grief is not an option right now, the add something in that will be relaxing. I've had several clients lose inches when they start calming exercises, such as yoga or pilates, while avoiding high impact, more stressful exercises, including running or raquetball (temporarily). Remember, your body dials in on stress in its own way. Physical stress counts, too. If you're compounding long hours at the office with sleepless nights, then adding in a five mile run every day and not getting results, it could be that your body is looking for some chill time. Exercise is important for all of us to do most days of the week. Listen to your body when it comes to determining which exercise to do.

2. Dehydration
It's the first rule of nutrition: drink water - lots of water. It helps to maintain a healthy metabolism, rid our body of toxins, keeps our skin from getting dry, maintain healthy blood pressure...the list goes on and on, but we don't drink enough of it! It's estimated that between 50-75% of us don't drink enough water, suffering from mild to severe dehydration. Even mild dehydration slows our body's metabolism. Additionally, thirst can mimic hunger. Before eating anything, always try to drink water before every meal or snack to help prevent overeating.

I know, I know, you're not a water person, right? Or maybe you can't get it down first thing in the morning. Try to find a way to get straight water in your diet without adding icky sugars that will only wreak havoc on your waistline.

Try this challenge for a week: Drink 8 ounces of water first thing in the morning, and 15 minutes before every meal or snack.

3. Caffeine
If you saw my segment on The TODAY Show on Wednesday, you saw four groups of foods, each representing what you should eat based on your body shape...if weight loss is a goal. I also mentioned some foods to avoid. One thing that didn't make it from my lips to your ears was caffeine. Sorry about that! If you're a "babyface" or "apple," watch the amount of caffeine you take in. Some foods (and drinks) can stimulate or tax glands in the body that are responsible for fat storage in particular areas. Caffeine has this affect on the babyface and apple.

That said, caffeine in small amounts, has been the superstar in being the source of healthy antioxidants. Just remember that a little goes a long way. If you're someone who brews a pot of coffee and polishes it off by lunch, or someone who makes morning and afternoon trips to the local coffee shop, you could be getting too much of a good thing.

Excessive amounts of caffeine have shown to increase insulin levels, which will ultimately make you feel hungrier. Note: Ever have too much caffeine an get the jitters or feel a little jumpy? See point 1: Stress.

Try this challenge for a week (if you're a caffeine-aholic): Ease off of caffeine by keeping consumption to no more than one or two normal cups. If you're an Italian or French roast kinda person, this applies to you especially.

4. Lack of Sleep
New parents, diligent students and swing-shifters know this all too well. Sleep is important to your body's ability to repair and rebuild itself. Studies have shown that sleep deprived people (those sleeping 5.5 or fewer hours) have greater fat stores than those who sleep the recommended eight hours. Sure, you're "fine" on five or six hours, but it will catch up with you. While you may feel invincible, a little thing known as the circadian rhythm (or our sleep/wake cycle) says otherwise.