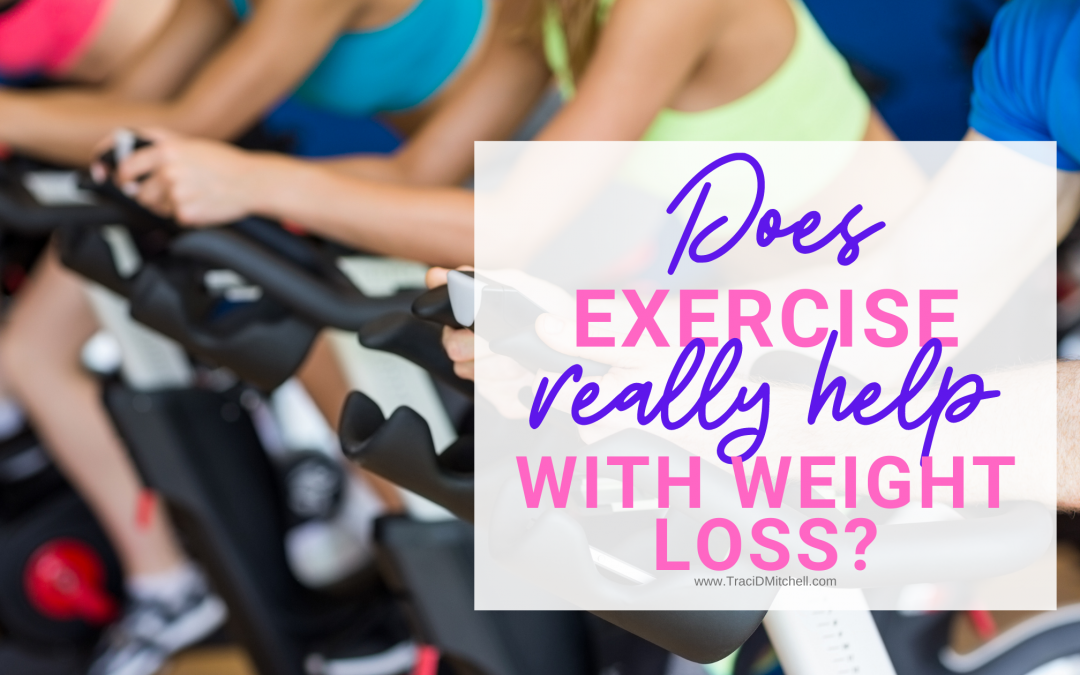 If you want to lose weight, you better get exercising! At least, that's what we've always been told. There is no doubt that the connection between exercise and health is strong, however, the notion that exercise is a panacea for weight loss is a bit overreached. Don't get me wrong, exercise burns plenty of calories and it has other incredible benefits that last a lifetime. The connection in how exercise will help you lose weight is not entirely cut and dried. I hope this article clears up any questions you may have.

It was during the 1980s that the United States saw a tremendous growth in marathon running. This was largely due to the fact that women were allowed to compete in marathon running during the 1984 Olympics for the very first time. Aerobics was also popularized during that time, thanks to the likes of Jane Fonda and Richard Simmons, contributing to the new jogging craze. By the end of the 80s, about 10% of all marathon runners were women. Today, just over 45% of marathon runners are women. This is really fantastic! But what does this have to do with weight loss?

Average runners train by running 25 to 50 miles a week for about 16 weeks. Advanced runners put on more miles. From a calorie standpoint, the average person burns 100 calories per mile (sadly, it's really not much more). By the midpoint of marathon training, the average runner should be burning somewhere around 3750 calories a week through running alone! In theory, that's over a pound a week that should just fall off the hips, thighs and belly.

How on Earth does exercising by running not help with weight loss much more than that?

Here are a few variables to consider.

Years ago, when I first started training people, I was a triathlon coach. Triathlon is a multidisciplinary sport that incorporates swimming, cycling, and running, in that order. My strength was running, so I spent a lot of time with my athletes helping them improve their run times. My athletes were everyday novices doing triathlons for the fun of it. It was not uncommon for a member of my team or someone I knew to pick up triathlon as a part of their healthy lifestyle...and to try to lose a little weight along the way.

I will explain this in greater detail in just a moment so you can apply these tactics toward your own personal goals, but when it came to exercise and weight loss, there were two types of people in this triathlon group:

Person A: Those who exercised to lose weight.

Person B: Those who exercised to improve their strength, speed, endurance, or flexibility (or all of those).

Almost always, Person A maintained or gained weight (rarely did anyone lose) and Person B typically lost weight.

It wasn't as though Person A spent less time training than Person B. Both spent roughly the same amount of time in the gym, pool, or on the road. The biggest difference actually had nothing to do with their athletic abilities at all. The difference had to do with their relationship with food, and the purpose of exercise or training in the first place.

Person A often calculated calories lost against calories allowed, that in theory would lead to weight loss (one pound is equal to 3500 calories). Outside of triathlon coaching, I encountered clients who regularly subscribed to this way of thinking. Despite their lack of progress, they continued to double down on the calories in/calories out way of thinking.

One such client was a man I worked with for about a year. His name was Lucas and he was a big Weight Watchers guy. Lucas would earn "points" to eat more food if he exercised more frequently. Weight Watchers uses a points system as a part of the company's weight loss system. It wouldn't be uncommon for him to push through an extra 60 minutes of cardio on the elliptical to earn enough points just to eat a piece of cake after a dinner he was going to later that evening.

Lucas was great and eventually relaxed his exhausting cardio routine to something more manageable and enjoyable, and worked through some attachments he had between exercise and calories. I've worked with plenty of people like Lucas. In most cases, when my clients realize that while exercise may be a helpful tool for weight loss, it's a smaller part of the equation than they realize.

Exercise does burn calories, but we burn far fewer calories than we realize. It's also worth noting that calories in food accumulate much faster than we could ever burn them off. For example, one 300-calorie bowl of ice cream will take the average person about 30 minutes of running (at a 10-minute mile) to burn off.

I love exercise. I love eating. But I exercise to move my body and keep my muscles and joints strong. I eat foods I love and those foods nourish my body and help me feel good - mentally and physically. Diet and exercise work together. They should never be used to negate one another.

Why Calories In/Calories Out Don't Work

Your body needs food, pure and simple. While I may not know you or your body, my guess is your body prefers nutritious food instead of processed foods that may more to your tastebuds. Nutrition in food is always found in foods that are closer to the ground in some way. That means a potato is going to be better than French fries, an orange is better for you than orange juice, dark chocolate is better for you than a chocolate chip cookie...you get the point.

When you exercise, you need to make sure you're eating healthier foods to ensure you're getting the nutrients you need to give you more energy for your next workout and to help your body recover from the previous workout.

If you're currently using exercise to help lose weight, it can help. But it's highly unlikely that you need to eat anything extra because of exercise. This is probably the biggest mistake people make.

I've worked with countless female marathon runners who were shocked that they actually gained a little weight despite all the hard work they did running. The problem wasn't the training they did for the marathon. The problem was that they justified eating more food than they normally would because of their runs.

I am absolutely not saying that you should not eat around workouts, but we tend to think our bodies are burning calories at a far more astronomical rate than they actually are.

If you want to use exercise to help you lose weight, then eat healthily and don't eat more than you would if you weren't exercising.

The only instance you should eat as a supplement to a workout is if you're workout exceeds hard work for about 90 minutes.

The Physiology of Weight Loss and Exercise (the nutshell)

A lot of people like to wake up and work out. This is a great habit to get into - whether exercise for you is a walk or a vigorous HIIT workout. When you wake up in the morning, your liver has about 90 minutes of sugar left in the tank that will help fuel you through your morning routine. If you're healthy, there is probably no reason to eat first thing in the morning before you workout. When you wait to eat before your morning workout, you burn the energy in your liver. After that, you begin to burn fat.

Does that make sense? You have to offload the extra calories (stored as energy) before you start tapping into fat. The best way to offload is through exercise. This is how exercise helps you lose weight.

You still need to eat to maintain a healthy body, your energy levels for your next workout, and your metabolism, so don't undereat. If you're exercising for a relatively normal amount of time, just eat a healthy diet, but don't overeat.

What About Longer Workouts and Weight Loss?

If you end up working out or training for longer than 90 minutes, then you could use some extra fuel. When I say "extra fuel" I mean something along the lines of a protein smoothie, not a soda and chips. There is a really big difference in how your body will use this and benefit you. After you have this, go back to eating as you normally would.

An example of training longer than 90 minutes would be a long run while training for a half or full marathon, or maybe you're training for a triathlon (awesome) and have grueling training hours over the weekend. Most people who train at this level are total nerds when it comes to their personal nutrition and have a strong routine of what works for their bodies. If you're new to longer training, you'll need to see what works for you after a long, hard workout. Regardless, keep it clean. There are a lot of garbage products out there that make claims to enhance workouts. Start with real food, supplement with other nutrients when needed, and stay away from processed foods whenever possible.

Some people strength train more than they would ever train aerobically. The most important thing to do is move in a way that makes you happy. If you don't do what you like, you won't do it for very long.

Bottom line: Exercise of any type is great for your body. Exercise is a great tool in the toolbox that will help to keep your body healthy - including weight loss. But if you want to tone up and make a serious change with your body's composition, focus on eating healthy. Your abs will always be made in the kitchen.

This story has a happy ending:⁣ ⁣ About a week

Highly probable that you could crush it if you rea

The passion to start something new is great. It's

They go hand in hand. Whether it's in a yoga class

File Under: Walking the walk ⁣ Have you ever wat

This is such a simple, healthy tea...and you've pr