Sweet Dispositions: reward yourself without sabotaging your body 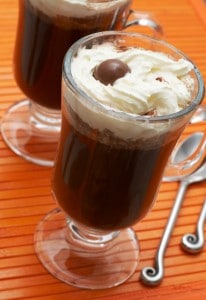 I once worked for an incredibly intelligent and successful woman who, like many of us, took pride in her accomplishments. She was a little bit older than me, and more established in her career. She paid extremely close attention to minute details, from the way her presentations looked to exactly how the hair fell around her face. The one facet of her life, however, she couldn't get her arms around was her weight.

As I got to know her, the subjects of fitness and nutrition often came up. Keep in mind, this was several years before I devoted myself to writing about fitness, nutrition, wellness, etc., etc. I was a group exercise instructor at a health club in Minneapolis. My full time job was in marketing. Lots of people outside of the health club had "body stuff" on their mind. I was always happy to
listen.

One day we were talking about how we reward ourselves for our accomplishments. At the time of the conversation, she was holding a big, big, big cup from a local coffee shop. Here is how the conversation went:

Super Successful
Colleague: I've been trying to make sure I build time into my day for working out.

Me: That's great. Making exercise a priority is important.

Super Successful Colleague: It's hard with long hours, but at least I've been able to get out and go for a jog most mornings.

Me: That probably makes you feel good, too.

Super Successful Colleague: Yes, it does. I like to reward myself with a little treat, too (she referenced the giant coffee cup
in her hand).

Me: What is that?

Super Successful Colleague: It's a mint chocolate mocha. I go easy on the whipped cream, though.

Me: Right. I'm sure those are good. You reward yourself...what?...every few (my response was going to continue to be "weeks".

Super Successful Colleague: ...only a few times a week.

Obviously there is a big difference between treating yourself to a decadent coffee drink once every few weeksand treating yourself a few times every week.
Her treat was a reward for an achievement. That morning, and several mornings that week, she exercised. I was surprised that she indulged in this drink a few times a week (and I think my expression showed it). Although she certainly deserved some sort of reward, let's say those drinks (around 400 calories each) compound to 1200 calories a week. Those added 1200 calories a week is about 4800 bonus calories a month.

Those 4800 calories are void of nutrition and loaded with junk that your body doesn't need. What's more, it's really not a reward for your body. It deserves much better. I'm sure a new pair of jeans that fit at tighter bottom because of all the hard work that's been done is probably much more suitable reward.

If you go for a jog -let's say three miles at 10 minutes per mile, you'll burn roughly 300 calories. You're suggested that the amount of calories in fat and sugar she took in every week in that drink alone was most likely counter-productive to her "exercise for weight loss" endeavors.

I've since lost touch with my work colleague, but my guess is, if she operated with the same reward system, her weight would most likely remain a concern - despite the self-discipline and good efforts she demonstrated in all the other areas of her life.

It's ok to indulge. It's ok to treat yourself with something sinful; your body can probably handle it once in a while. Rewards, however, should generally be something that will be good for you. You're only punishing yourself by indulging in food for the wrong reasons that, long after it's gone down the hatch, makes you feel bad.

I've known many people who, in their quest for weight loss, reward themselves with something decadent, sweet or savory after a good workout or overly restrictive diet. Maybe it's self-sabotage, or maybe they don't have a clear understanding of just how counter-productive poor food choices are to weight loss - either way, figuring out a new way to reward themselves could make a huge difference, both mentally and physically.