Stephanie Howell: How I lost 145 pounds 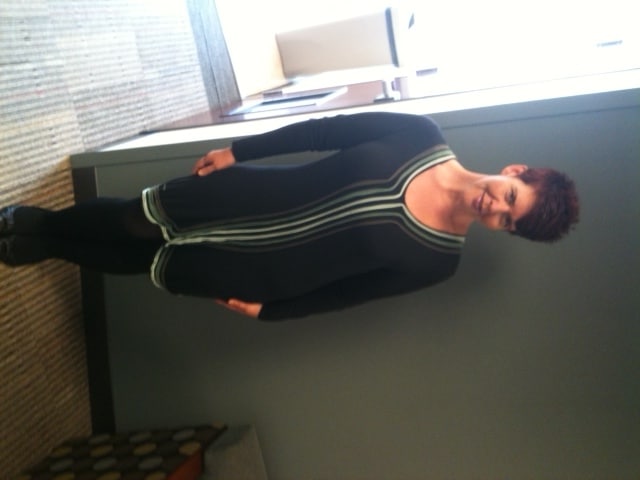 Losing weight was never really difficult for Stephanie Howell. She simply wouldn't eat. Yet this former native of southern Illinois moved to Chicago in 2006 weighing 315 pounds. Five years later, Stephanie is a transformed and committed woman with a svelte 170 pound figure – an accomplishment she achieved entirely on her own. Her 5'8" frame is just as motivated and disciplined as a die-hard triathlete, but her path to living a healthy lifestyle wasn’t about gimmicky diets and over-exercising. Instead, Stephanie did some soul searching and today is a happier person both inside and out. Here is her story.

Growing up, Stephanie was always a weight watcher. She perceived herself as "chubby" until she was 12-years-old, when she and her family moved to a new town, away from the comfort of the place she grew up. "The perception of my body shifted from chubby to fat. I was no more than 10 pounds overweight. All I heard was 'fat, fat, fat' over and over. As a means to fit in, I started dieting. The pattern of eating/not eating followed me for 30 years.”

Once a Slave to the Scale
Once ruled by the scale, Stephanie recalls weighing herself 20 to 30 times a day. "What the number read dictated how I felt. If I went up an ounce, I would spiral. I think there was a point in my life where I was approaching anorexia. I became focused on mind games. 'How long can I go without eating?'" Stephanie recalls losing 30 pounds in one month, all the while knowing the weight loss was nothing more than a façade. Ultimately, the avoidance of food would only go so far until she would binge, gaining the weight back and then some.

Where food and the perception of her body set her back, she succeeded in nearly every other facet of her life that would be apparent to others. An ardent perfectionist, everything Stephanie did was with 100% effort. The idea of getting marks lower than an A was unthinkable. On the outside, Stephanie was in control and happy. On the inside, however, she was faced with continuous challenges.

Change for the Better
Maybe it was the honestly Stephanie always possessed about knowing who she really was, or maybe her years of losing and gaining weight finally reached a tipping point, but something amazing happened one day that changed everything: Stephanie made the decision to be kind to herself. She was no longer going to allow her days to be filled with the self-inflicted cruelty that would control the way she looked and felt about herself.

Her move to Chicago helped to catalyze a chain of events that brought Stephanie to where she is today. Opting to ditch her car and make her way to and fro on foot sparked an amazing weight loss of 50 pounds in one year!

An Object in Motion Stays in Motion
The momentum was there and Stephanie kept the ball rolling. Instead of turning to favorite comfort foods like pizza, she chose healthier foods, including fresh vegetables, which were never a regular part of her diet. “Who knew vegetables could be good?” Stephanie remarked when she committed to trying different healthy foods every time she went shopping. Rather than resorting to the same type of apple, for instance, she would try different varieties – appreciating food for what it was.

Eventually, Stephanie joined Chicago’s Lakeview Athletic Club, where she was both encouraged and motivated by staff and members alike. One of the high points in Stephanie’s new, healthier life was the day she ran a mile. For those of us who love to run, going out for a one-mile run is nothing, but to someone who never thought running would have been possible, it’s everything. Slowly, but surely, Stephanie increased her mileage from one mile to two, two miles to three. Today Stephanie is not only running, but training for the Chicago Marathon – an accomplishment for anyone at any level. When she’s not turning her legs over on a running path or treadmill, Stephanie is working up a sweat in a variety of group exercise classes

In the last few years, Stephanie has managed to slowly, but healthfully drop her weight an additional 95 pounds for a total weight loss of 145 pounds. Stephanie continues to be kind to herself and is thriving physically and emotionally. One day you might even see Stephanie crossing the finish line of another incredible goal – an Ironman.
Motivating Music
If you were to plug into Stephanie’s iPod, here are a few songs you might hear: