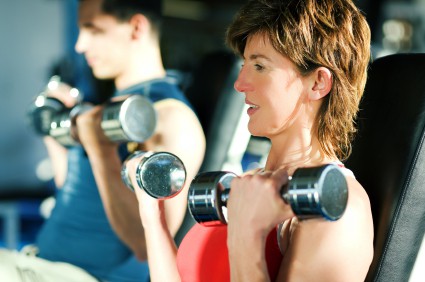 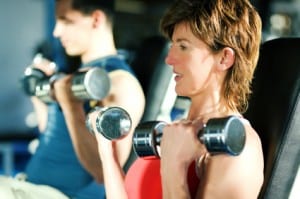 In my line of work, the word "metabolism" comes up A LOT!  Often times when people are concerned about weight loss - or possibly weight gain - the focus is shifted to metabolism.  To our body, calories are energy. When we talk about metabolism, we're actually talking about how our body burns calories to  use energy.

Our metabolism is broken out into three categories, each accounts for a given amount of energy used by our body. Here they are:

1) Thermic Effect of Food (TEF) accounts for 10% or less of the calories or energy our bodies burn.  TEF is simply the amount of energy it takes to eat and digest food. All the processes that take place from the moment food goes in until the time it comes out fall into this category.

TEF is the reason extremely low calorie foods, such as celery or lettuce, have gained a reputation for being "negative calorie foods." That said, if you're ever tempted to go on a strict "negative calorie" diet, don't. Not only is it a silly idea, but your body - the size you are right now - requires a certain amount of energy (calories) the keep going. Negative calories might help you lose a few pounds initially, but you'll slow your metabolism at the same time. In general, the less you weigh, the less energy (calories) you need. When you start eating normal again, your body will likely gain back the weight you lost fairly fast - and possibly more.  Don't get me wrong - most of these foods are indeed healthy and should be eaten - just in combination with a balanced diet.

2) Purposeful Activity Energy Expenditure (PAEE) accounts for about 20-30% of the calories or energy our bodies burn. PAL  is all the energy burned when we're not at rest, which  accounts for everything from picking up the remote control to change a channel on the television to running a marathon.

When we exercise, whether it's strength training or cardiovascular, our metabolism is increased while engaged in the activity. Some studies suggest that the more intense the exercise, the longer metabolism will stay elevated, and others suggest that metabolism is back to normal within an hour of completing the activity. Regardless, I always say some activity is better than nothing. Focusing on activity as a means to keep your body healthy, rather than the amount of calories burned will usually prove to be more rewarding.

3) Resting Metabolic Rate (RMR) accounts for about 65-75% of the calories or energy our bodies burns when at a state of rest.

RMR is the big daddy of metabolism. There are a lot of factors that make up one's metabolism, including:

Stress doesn't come in just one size. There is BIG

Bring on the vegetables and spices! This is such a

I would love to take credit for these words, but I