Caffeine: love it or leave it? 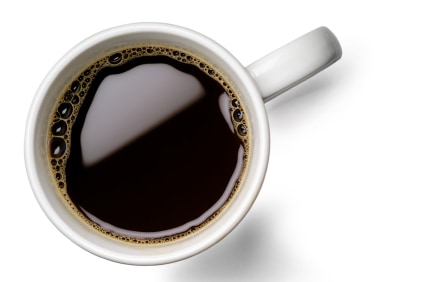 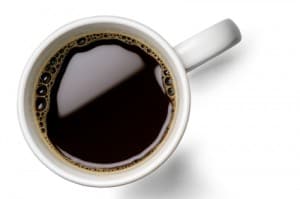 Before I start ranting on about caffeine and whether or not it's really good for you, I must confess...to me, nothing is better than enjoying a great cup of coffee in the morning. In fact, I just got a new French press over the weekend. It's a Bodum, a red one.  A little filtered water, a couple scoops of good coffee grounds and voila! It's the second French press I've had in about seven years, and the only coffee making contraption I've every owned that's lasted more than 12 months. Fortunately, I'm done with coffee by about 10am on most days and rarely drink more than two cups. I'm sure I could live without the coffee, and certainly caffeine altogether. That said, while nutrition is incredibly important to me, I just really like coffee. Moving on. Coffee and caffeine are forever married, so it''s well worth taking a look at what caffeine can and can't do for you!
Caffeine is the world’s most widely used drug, consumed by 80 percent of Americans every day. A cup of coffee, tea or can of cola in the morning gives many of us the jolt we need to start our day. If we don’t drink it in the morning, we’re likely to get caffeine from anything containing chocolate or an over-the-counter cold relief medication. Taken in moderation, caffeine is generally considered safe for the average, healthy person. In fact, the positive effects of caffeine are frequently boasted in the media. While caffeine certainly has beneficial side effects, many have been taken out of context. Let’s take a look at a few of the most commonly held beliefs and compare them with the facts.

Fact
Caffeine has the ability to temporarily speed up our metabolism, breaking down fat, freeing fatty acids. This breakdown is only significantly measurable when a small to moderate amount of caffeine is consumed just before exercise. It’s recommended that consumption of caffeine be limited to 300mg per day. That’s the equivalent of two to three eight-ounce cups of drip coffee. Be careful, or that triple shot of espresso or extra can of Coke, might just leave you feeling jittery, restless or downright fatigued.

Belief
Caffeine will make me think sharper and be more productive throughout the day.

Fact
If you drink coffee everyday thinking it’s going to keep you going, think again. It turns out the people who are most productive after drinking a caffeinated beverage are those who don’t drink it on a regular basis. Those who do have caffeine on a day-to-day basis build up a tolerance and don’t get the buzz they’re after. If you drink coffee every other day, you’ll probably have less of a tolerance and get more of a boost.

Belief
Caffeine will improve my workouts.

Fact
A modest amount of caffeine has been shown to lower perceived exertion, making a hard workout feel easier. This applies particularly to cardiovascular workouts. If you’re gearing up for a 10K, a cup of coffee about 30 minutes before the start of the race might give you enough of a buffer to feel better. Keep in mind that studies have shown that less is more. You don’t perform or workout any better with excessive amounts of caffeine. The bottom line is caffeine consumption is all about moderation. This is one case where less is definitely more.